All About Recording Studios Expertise

A recording studio is a special environment where voices and sounds are captured and recorded. Ideally, recording studios are custom built and designed with acoustics in mind to ensure recordings are not affected in any way by outside noise.

Studios can be used for a variety of disciplines, from creating music tracks by a single artist or group, to sound recording and sound design for commercials and television programs. If you are also looking to hire the #1 voice recording studio in Perth, then visit Music & Sound Studio. 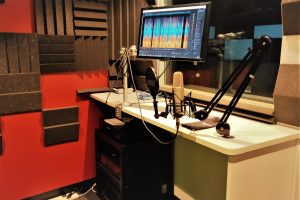 Studios usually consist of two separate rooms that are usually next to each other. The live room is where the artist, band, or singer performs their recording. Another room is called the control room, where the sound engineer manages all the technical recording equipment used to record, mix, and alter sounds.

Larger recording studios usually also have isolation rooms. Smaller instruments are usually recorded here, which need to be played louder to keep the sound from flowing into other microphones recording other instruments or sounds at the same time. The individual audio elements are then mixed together in the control room.

Studios today are equipped with many different technologies that are used to combine all the different parts of a show. In addition to microphones and monitors in live rooms, some studios even offer additional tools for groups that are not practical to rent or collect – such as a grand piano.

The main feature of the control room is the mixing console, but there are also devices such as multitrack recorders, studio speakers or monitors, digital audio workstations, equalizers, and other external devices and programming workstations.